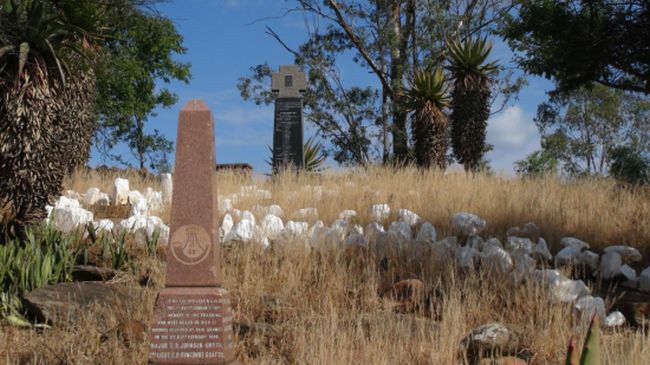 The Battle of Vaalkrans (5th to 7th February 1900) was General Sir Redvers Buller VC’s 4th attempt to relieve Ladysmith. After two days of heavy fighting and intensive artillery bombardment, after which the British managed to dislodge the Boers from their positions on Vaalkrans, they were withdrawn by Buller, who effectively snatched defeat from the jaws of victory. Buller then withdrew his army from the Upper Tugela and returned to Chieveley, setting the scene for the Battle of the Tugela Heights. The remains of soldiers and burghers whose graves were scattered on the summit and slopes of Vaalkrans have been relocated to the Garden of Remembrance at the foot of Vaalkrans and the Burgher Memorial on Caesar’s Camp respectively.