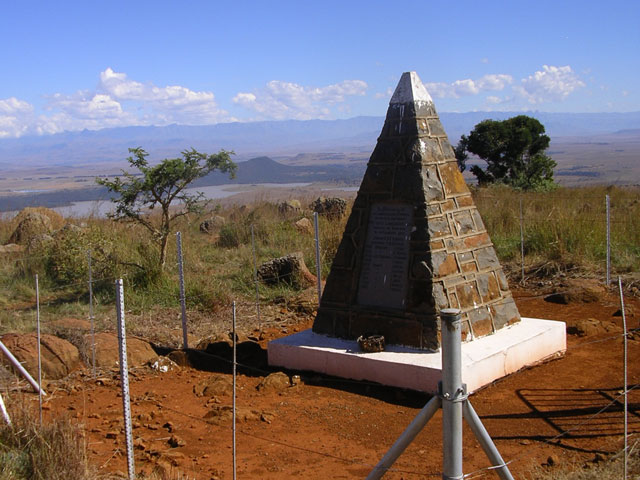 The scene of one of the most futile battles fought on South African soil, the Battle of Spioenkop (24th January 1900) was General Buller’s 3rd attempt to relieve Ladysmith. The Lancastrian brigade launched an attack on the summit, entrenched in the centre of the Kop during extremely misty conditions and then came under heavy small arms and artillery fire from the Boers. To exacerbate matters, the commanding officer, Maj Gen Sir Edward Woodgate, was mortally wounded at an early stage of the battle, resulting in a disastrous lack in chain of command.

A booklet is available for the self-guided trail on the summit of The Kop, but a good battlefield guide would greatly enhance the tour.