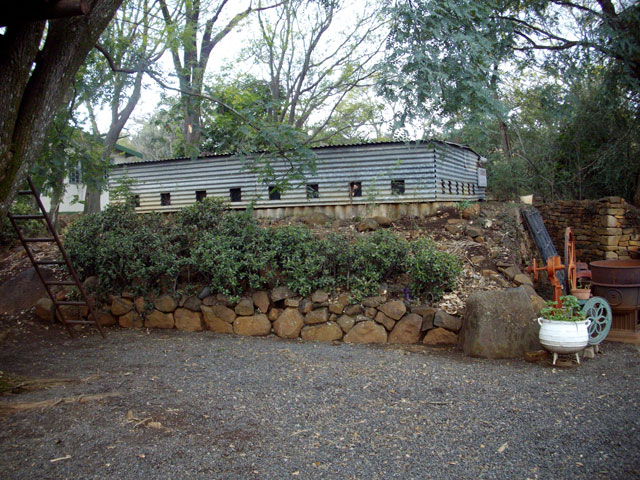 As the Anglo-Boer War continued, the British began to erect lines of blockhouses in an attempt to prevent the Boers from moving freely across the veld. The Bergville blockhouse was constructed after the major campaign in the Natal theatre of the War and is the only surviving blockhouse in the Province, although the remains of a few may still be seen along the railway lines in Northern KwaZulu-Natal. The Sentinal Shellhole, which is a branch of the Memorable Order of Tin Hats (MOTH), an ex-service organisation with strong ties throughout South Africa, holds regular meetings in the blockhouse and has numerous items of militaria on display.