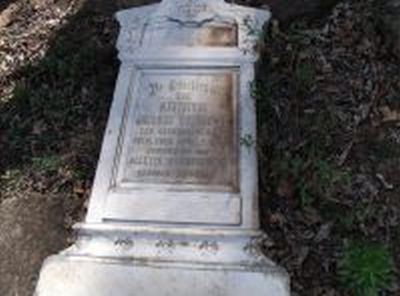 The hero of the Battle of Rensburg’s Kop.  He died on the 2nd April, 1897 and lies buried on the farm Enon, which he purchased in later years. He often gave accounts of his exploits and drew a sketch map of his ride, but unfortunately never wrote down his account.