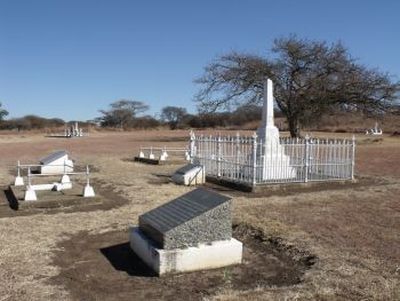 During the 1960s, most of the graves and memorials from the Battle of Colenso (15th December 1899) were relocated to this site on ground that was donated by the Clouston Family. Several brigade field hospitals were also situated here during the battle, which was General Sir Redvers Buller’ HQ.  This is also where the first moving pictures were taken of a battle.